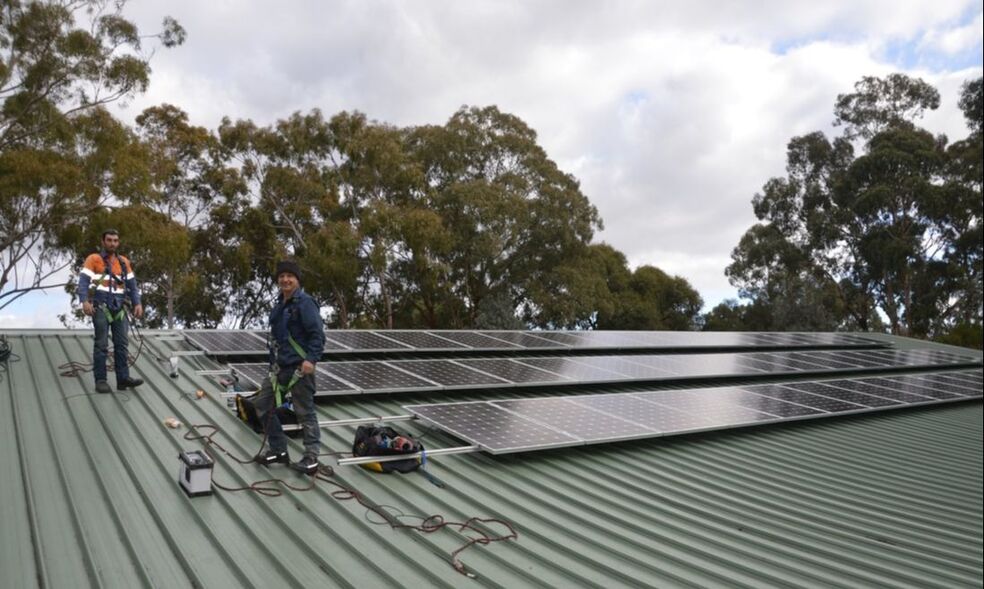 Installing the solar panels on Araluen in Lower Plenty

Our first Solar panel project was at Araluen in Lower Plenty. This is a facility for the disabled and uses a lot of power. We worked with them to install 20 kw of solar panels. This was funded by a $10,000 donation from Power Shop, $3,000 from the Monty Community group and $7,000 on donations and interest free loans from local people. Araluen also contributed $7,000. Because of their high power usage, most of the power generated is used by Araluen, rather than exported, meaning they have been able to pay us back out of their savings and are on target to pay us back over 5 years. This money will then be reinvested in more solar panels. 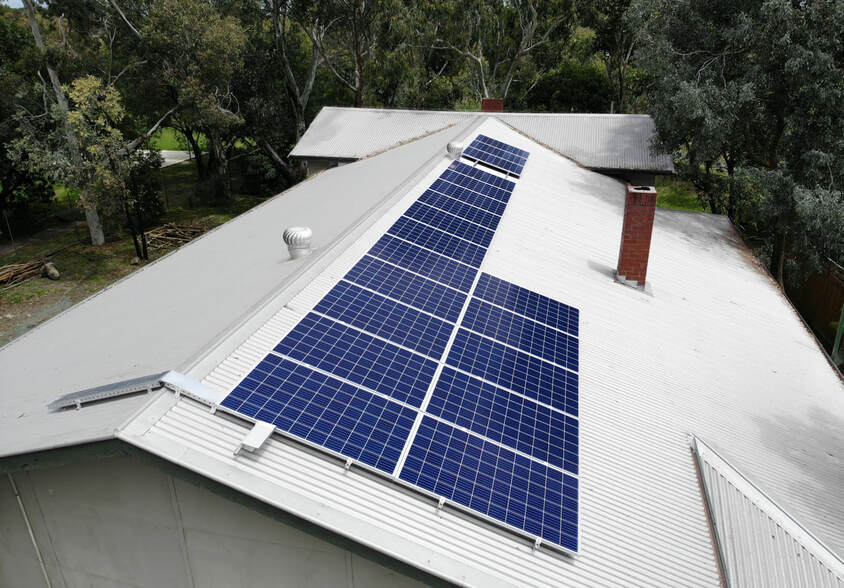 10th Ivanhoe Scout Hall Solar roof
Our second project was funded by the Victorian Government under their PickMyProject initiative. We received a grant for $100,000 to install solar panels on the roofs of net for profit community Groups. We installed approximately 80 kw of p[panels across 10 sites. They will repay us over 10 years out of savings and the money will be reinvested in more panels.

We applied and received $110,000 to install solar panels on Community Groups around Banyule. For more information.

The concept is that we will identify a supplier of panels and they will meet with any community group that wishes to be involved. The panels will be installed and we will pay for them. We would expect most installations to be 3-4 Kw.

Payments received will be used to fund installation of solar panels on homes for the underprivileged. The exact mechanism is yet to be determined, but it is likely it will be installed on Housing Commission flats. Once again, the Housing Commission occupant will be asked to repay the panels out of savings, generating a rolling fund.

So far, 5 groups have agreed to install panels worth $25,000, including 1st Ivanhoe Scouts (see photo). The project is described more fully here.

If you are a member of a community group and would like to be involved, please email Alan Cuthbertson.